Titanfall will “definitely have an ending”; Respawn dev talks vision behind Campaign Multiplayer 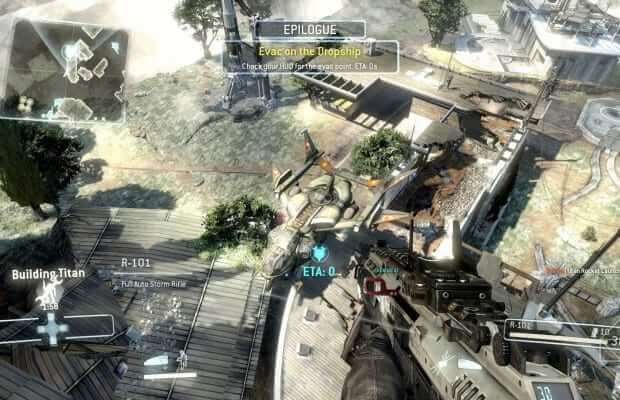 Respawn’s senior map designer Mohammad Alavi talked to X-ONE about the vision behind making Titanfall a Campaign Multiplayer based game. If you aren’t into that, you can play classic MP modes right from Day 1.

How are you approaching incorporating narrative into multiplayer? Is that how you’re viewing it as a team, or has it been more of a non-traditional approach?

We’re telling a story through a first person perspective in ways that are both traditional to single player campaigns and very new for multiplayer… at least for first-person shooters. Without going into too much boring detail about client/server logistics, asynchronous scripting, and other buzzwords, I can tell you that from the end user experience it feels both familiar and groundbreaking at the same time.

Each multiplayer level has an objective that is presented in a cinematic way with twists and turns that occur as you play. From picture-in-picture updates from NPCs, events that unfold in-game, to the AI soldiers reacting on the ground, the narrative unfolds naturally and ties in seamlessly with the gameplay. Along with the main story arc, major and minor characters react and acknowledge your direct actions, creating a personal experience crafted just for you set in a larger framework. In multiplayer lobbies we continue the narrative to help bridge the gaps between levels. You’ll be changing your loadouts and viewing unlocks while listening to mission briefings that drive the plot along.

In terms of XP gaining, no matter which mode you decide to play, you’ll earn XP and rank up in the game.

How have you added a sense of story-led progression? Will multiplayer progression – in terms of levels/XP – be tied to narrative advancement?

So we’ve only really spoken about one way to play Titanfall. That’s Campaign Multiplayer. You can join a lobby by yourself or with a party, but here’s where it gets different. You and your party or enlisted into a faction, either IMC or Militia. You’ll play the campaign and progress through the narrative hitting the missions in order until you’ve beaten the game on that faction. You’ll then have the option to play through again from the beginning on the other faction. Once you’ve beaten the game from both sides, you’ll be able to play any mission on either faction you like. There are traditional modes as well that you’d expect from a multiplayer FPS game and you can start playing those from the first time you run the game. No matter what you play, you earn XP and progress.

And finally, he also confirmed that Titanfall has a definite ending to it.

Titanfall will most definitely have an ending. It’s not a story if it doesn’t have an ending, but there are multiple sides to that story. It’s told from both the Militia and IMC perspectives, and to fully grasp Titanfall’s campaign, you’ll need to play it from both sides. And as with any good story, we’ve hopefully peppered it with enough detail and nuance that you’ll notice something new every time you replay it.