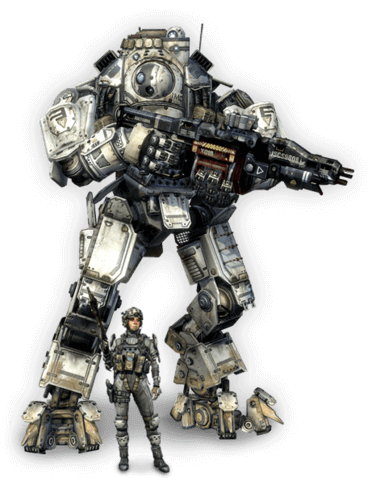 Titans
Titans are descendants of present-day fledgling military exoskeletons. In addition to the obvious combat applications, unarmed forms of Titans are used in heavy industries like cargo transport and deep space ship salvage. They are also used in special applications such as deep space search and rescue, and are very effective in inhospitable environments. The use of Titans is widespread throughout the Frontier in both combat and civilian life. 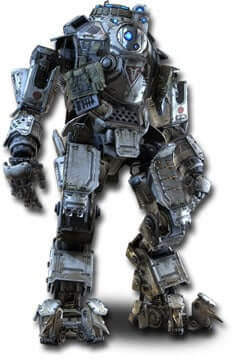 Atlas Class
As a multi-role Titan, the Atlas excels where all other models fall short. The Atlas represents the state-of-the-art in weapons platforms and provides good protection and increased mobility over the Ogre chassis. Whether the mission demands reconnaissance, rapid assault, fire support, tactical support, or a combination of all these, Atlas frontline elements are dependable, powerful and, importantly, get results. 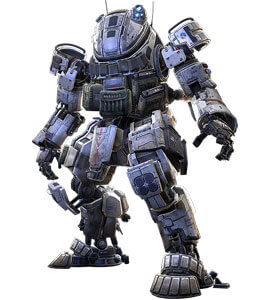 Ogre Class
There are no two ways about it – the Ogre is engineered to be the ultimate battle tank, in Titan’s clothing. As a consequence, the Ogre places a premium on its armor and offensive capabilities. When your mission demands maximum survivability, the Ogre is the only battle platform which consistently out-performs, out-shines, out-lasts and outlives everything else on the battlefield. 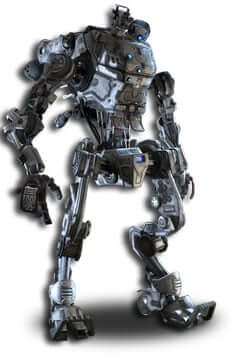 Stryder Class
Survivability through speed and agility is the key to the Stryder’s considerable battlefield prowess. Faster than every other Titan chassis on the market today, the Stryder’s mobility is the culmination of many years of award-winning R&D into linear and rotary actuator technology. Of course, even with this agility advantage, the Stryder does not sacrifice any of the superior features your mission has come to depend on in the Hammond Robotics line of Titan battle platforms.